The South Australian Country Women’s Association is a non-sectarian, non-party-political, non-profit lobby group and service association. The first branch in South Australia was formed in 1926 in Burra, the Metropolitan branch in Adelaide in 1928 and the state Country Women’s Association in 1929. The Association grew rapidly; at its peak in 1956 it boasted 277 branches and 14,000 members. Although non-party-political, the CWA lobbies at local, state and federal levels on issues as diverse as the need for rest rooms to the provision of health services in rural areas. It also provides relief in times of recessions, droughts, floods, war and disasters. 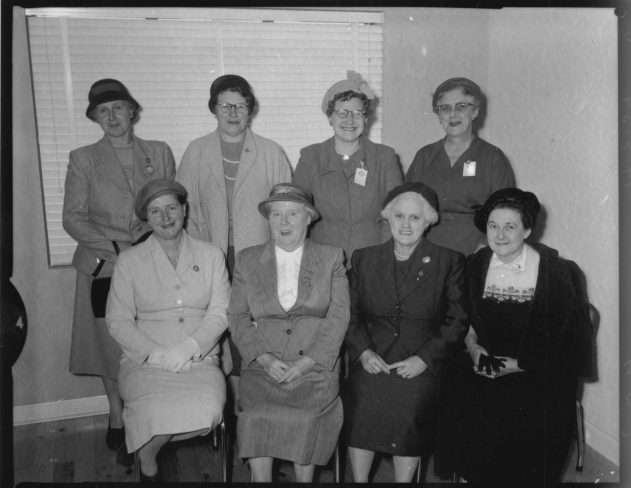