The Australian Greens is a political party that was formed in 1992 and today is a union of eight state and territory parties. The Party was established through the organisation of over a dozen green and environmental groups, some of which had existed for 20 years. The Party campaigns for environmentalism, but also names four core values: ecological sustainability, social justice, grassroots democracy and peace and non-violence. Mark Parnell called the first meetings to establish a new Green Party in South Australia in 1995. The Australian Greens (SA) first ran in the 1996 federal election and the 1997 state election. In both they received around two percent of the state-wide upper house vote. 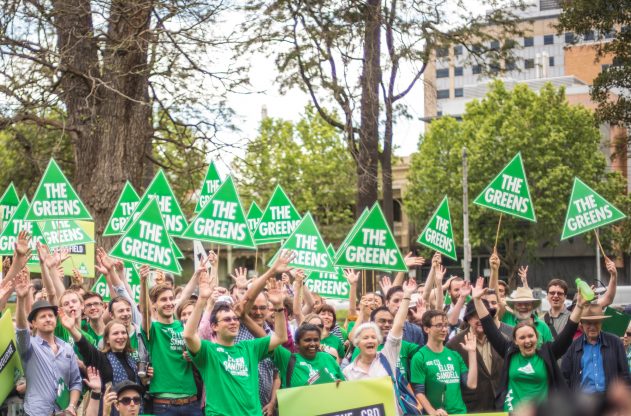