Carpenters, tailors, bakers and coachmakers were among the first groups to form unions in South Australia, within ten years of European settlement. By the 1870s there were thousands of union members in the colony. In 1884 the United Trades and Labor Council was formed to strengthen the coordination of union activities and within two years 20 unions representing 4000 members had united. The Council advocated on issues including defending fair wages and hours of work. The council was entirely male until two delegates from the Working Women’s Trades Union joined in the early 1890s. 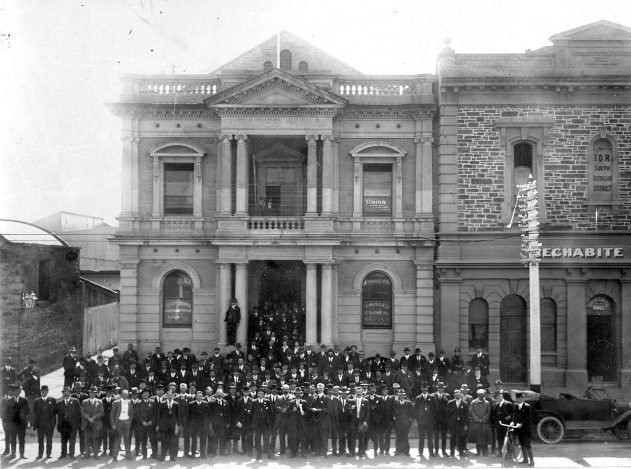