On 13 July 1888 Mary Lee, her fellow workers from the Social Purity League and others, met and initiated the South Australian Women’s Suffrage League, the group that spearheaded the campaign for women’s right to vote. In her speech to the inaugural public meeting held a week later, Secretary Mary Lee said the franchise ‘would assist them to re-dress women’s wrongs – moral, social, industrial and educational’. The League campaigned on the sole issue of universal suffrage. 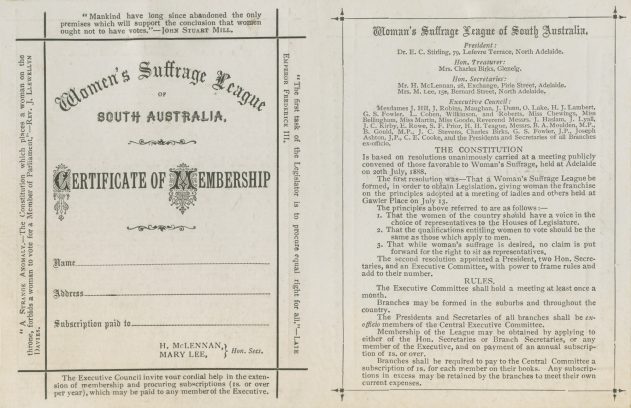