The Working Women’s Trade Union (WWTU) of South Australia was formed in January 1890, with Mary Lee as Secretary and Augusta Zadow as Treasurer. Agnes Milne was among the many women who had worked behind the scenes to establish the new organisation. The WWTU worked to improve pay and conditions in industries where women worked, particularly the clothing trades. The WWTU also supported equal pay and votes for women. 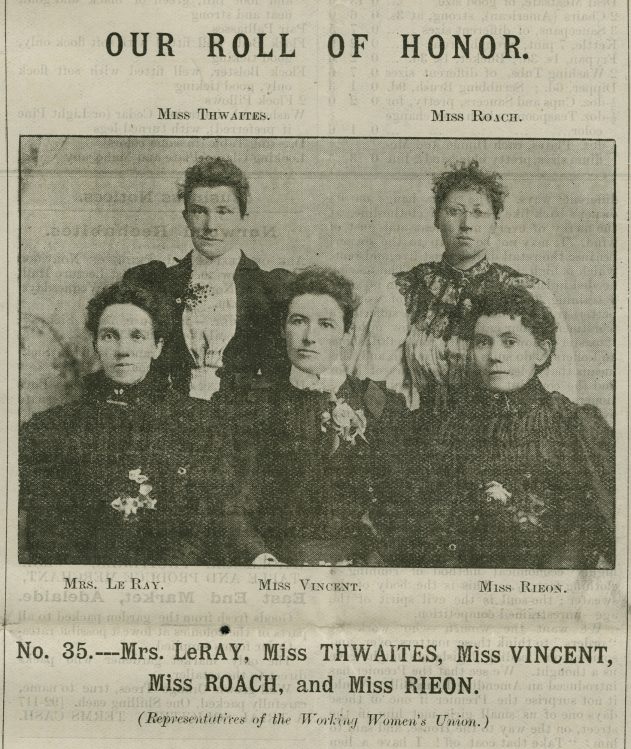