Formed in 1964, the APA provided an Û÷Aboriginal voice’ in the community and campaigned Û÷in an endeavour to improve the lot of Aborigines everywhere’. The APA’s 12 aims included the return of land, protection of sacred ground, an end to social and wage discrimination, adequate housing and provision of pre-schooling, student hostels, adult education and Aboriginal scholarships. Only Aboriginal members had full voting rights. Activists who worked with the APA included Malcolm Cooper (first president), Aileen Cooper, John Moriarty, Winnie Branson, Vince Copley and Bert Clark. Successes included the establishment of the Aboriginal Education Foundation and the 1967 referendum. 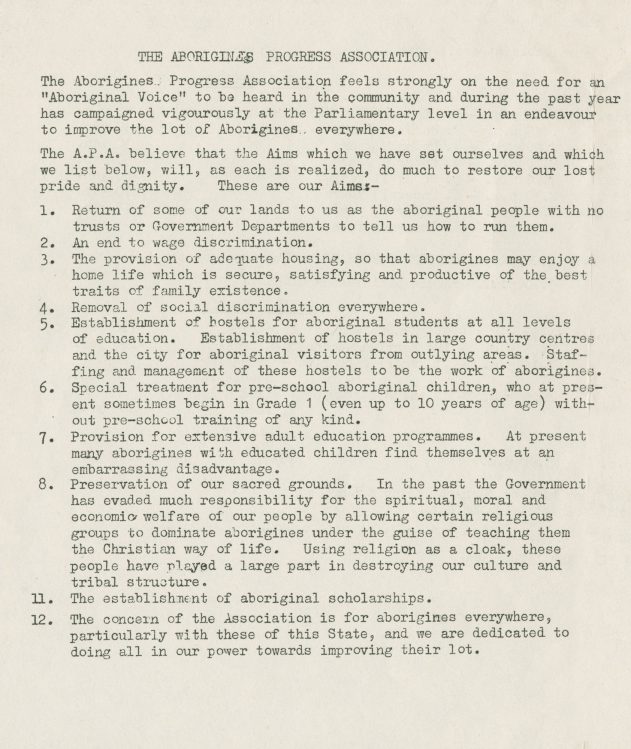