The first public meeting of the Women’s Electoral Lobby was held in Melbourne in June 1972; within six months it was a national organisation with branches in every state. The Adelaide branch of WEL was formed in August 1972, with a focus on lobbying politicians and campaigning for law reform. It began by interviewing candidates in the 1972 election on women’s issues, and publicising the results. WEL is a feminist, non-profit, self-funded, non-party political, lobby group which has contributed to achievements for women in Australia including anti-discrimination and equal opportunity legislation, equal pay decisions, and the funding of women’s and children’s services. 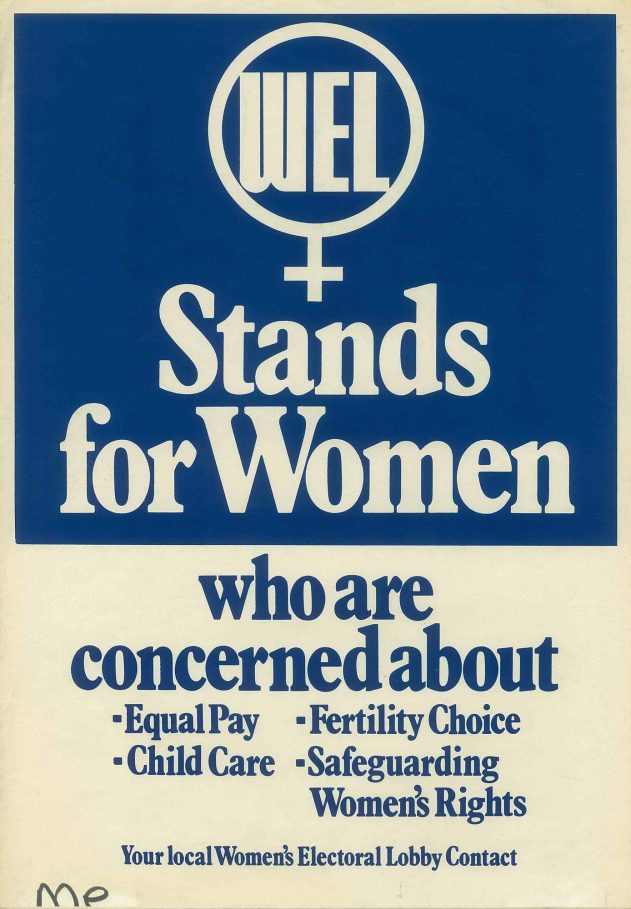