In the late 1960s new feminist ideas arrived in Australia in pamphlets, books and magazines from the United States and Britain. The newly-formed Adelaide Women’s Liberation Movement made front page news in March 1970 when it opposed the annual ‘Miss Fresher’ competition at the University of Adelaide. The Movement was not based on seeking equality with men, but on the liberation of women (and men) from traditional sex roles determined by assumptions based on biology. Women met to discuss ideas and marched on the streets to demand change, including access to contraception, abortion and childcare & to celebrate International Women’s Day. 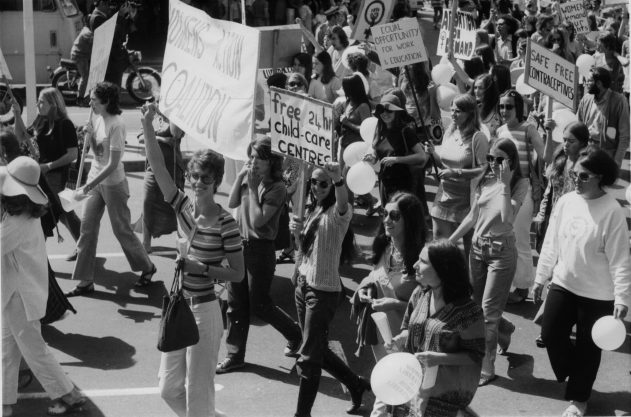