Henry Ayers, born in England in 1821, migrated to South Australia on an assisted passage in 1840, and took up employment as a solicitor’s clerk. A self-made man of humble origins, he soon became Secretary of the South Australian Mining Association, a position he held for over fifty years. As manager of the successful Burra Burra Mine, he gained a reputation for efficiency and ruthlessness, often at the expense of the miners’ welfare. Ayers consolidated his new wealth by becoming a financial adviser and agent, and reaped the benefits of the mining boom. In 1846 he bought a modest residence on North Terrace and over a twenty-year period transformed it into the mansion now known as Ayers House. Ayers had an extensive political career, entering the Legislative Council in 1857 and serving as its president from 1881 to 1893. He held the office of premier several times in the 1870s, and was appointed to the Order of St Michael and St George three times. Ayers died in 1897. 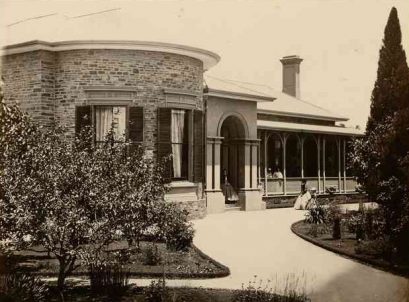 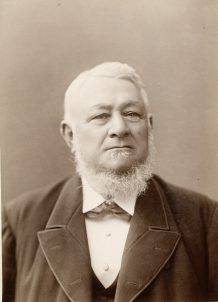