Thomas Price was born in 1852 in Wales. He moved to South Australia with his wife Anne in 1883, where he continued working as a stonemason, including on the new Parliament House. He became South Australian secretary and later president of the Operative Masons’ and Bricklayers’ Society of Australia. In 1891 Tom Price joined the United Labor Party, and in 1893 won the seat of Sturt. He became party leader in 1899, and in 1905 led the party to victory. He became premier in a coalition government with Archibald Peake’s Liberals which endured until Price’s death in 1909. 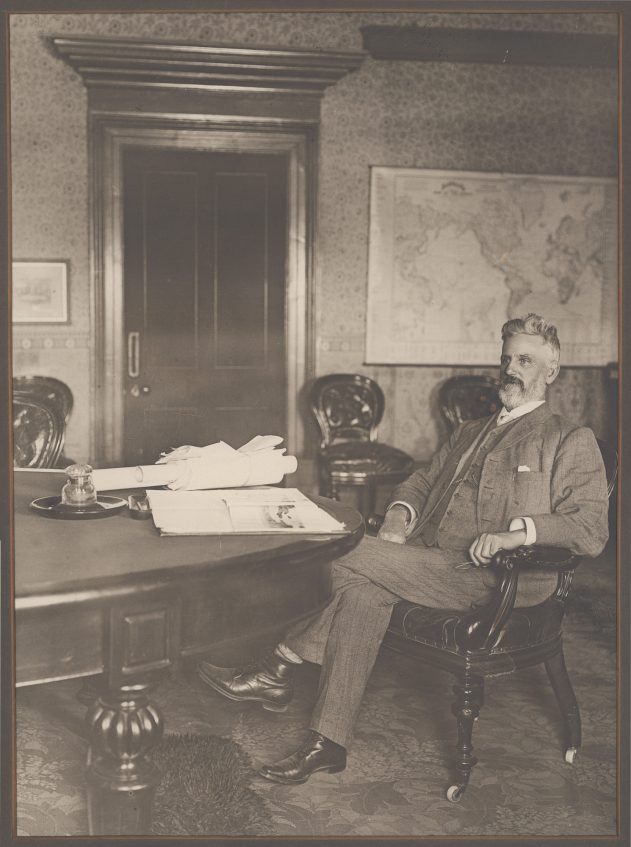