Charles Richmond Glover was born in England in 1870 when his South Australian parents were on holiday. He qualified as a chemist, worked as a sharebroker and became a successful businessman. Glover became an Adelaide City Council alderman in 1909, then Mayor in 1917, and the city’s first Lord Mayor in 1919. He served two further terms as Lord Mayor. Glover was involved in many organisations including the Freemasons, Adelaide Hospital and the Botanic Garden Board. His philanthropic contributions include War Memorial Drive and the three Glover playgrounds in the city. 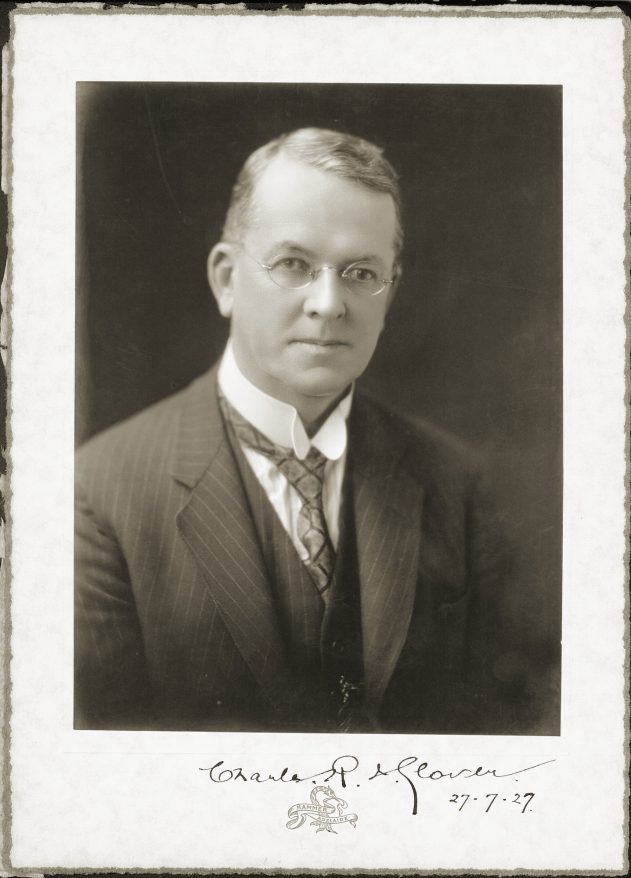