Dean Brown trained as a research scientist, working for the Department of Agriculture. Brown first served in politics from 1973 to 1985 as the Member for Davenport in the House of Assembly, winning re-election in 1992 as the Member for Alexandria. Two days after his election, he was elected leader of the opposition and in 1993 led the Liberal Party to win all but nine seats in State Parliament. In the aftermath of the State Bank collapse, Brown’s time as premier was marked by attempts to reduce the State’s debt. He lost the premiership to John Olsen in 1996 and remained in Parliament until 2006. 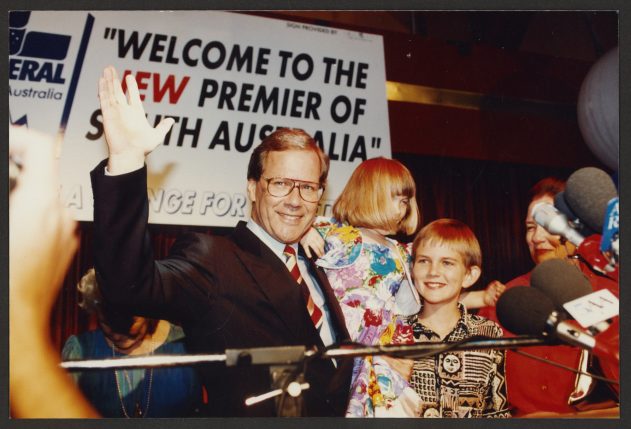