Born in 1765, William IV was the third son of George III and ascended the throne in 1830 after a career in the Royal Navy. During his reign, Parliament enacted significant reforms to voting and elections. His Queen was Adelaide of Saxe-Meiningen, for whom the city of Adelaide is named. He died in 1837 with no legitimate heirs. The Crown passed to his niece, Victoria. 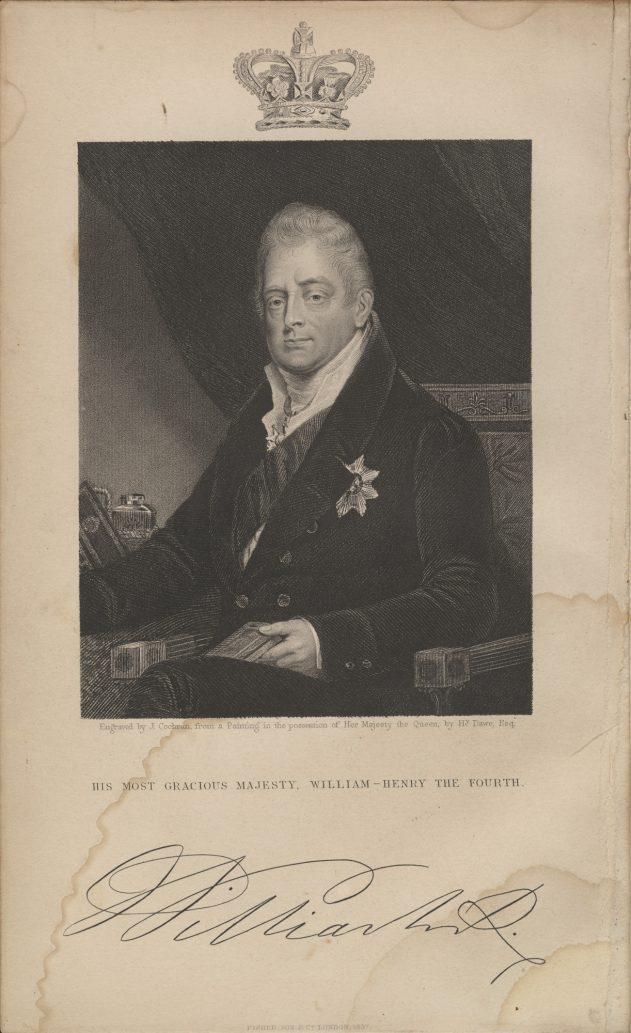