Augusta Zadow was born in 1846 in Germany and arrived in South Australia in 1876. A former seamstress, she was involved in establishing the Working Women’s Trade Union, and joined the Women’s Suffrage League, actively campaigning for votes for women. She also founded the Distressed Women and Children’s Fund, which distributed vital supplies to those in need, and the Cooperative White-Workers Association to provide fair wages for women who sewed shirts and underwear: these clothes were then distributed to the poor. In 1894, Augusta was appointed as the first female factory inspector, with the power to investigate wages and working conditions across Adelaide.

‘The first thing women would do [on receiving the vote] would be to insist upon capital and labour meeting together in conference.' 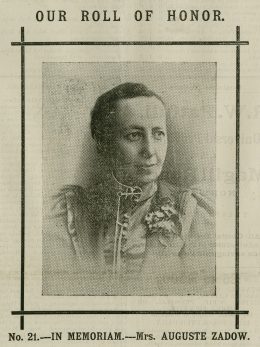 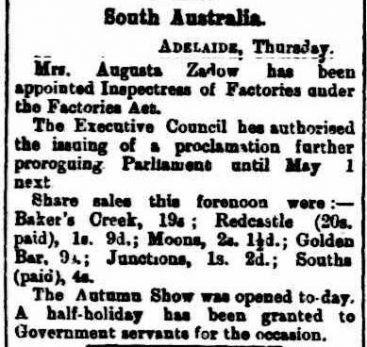