Adam Goodes is an Andyamathanha and Narungga man born in Wallaroo, South Australia. Well known for his career as an athlete with the Australian Football League and two-time Brownlow medallist, Goodes is also a community activist. In 2013 he made a very public stand against racism at the end of a match after being verbally abused by a spectator. This moment was symbolic of his ongoing fight against racism in Australia. With former AFL colleague Michael O’Loughlin, Goodes co-founded the GO Foundation in 2009, which supports the education of Indigenous children, and was named Australian of the Year in 2014.

‘If people only remember me for my football, I've failed in life.' 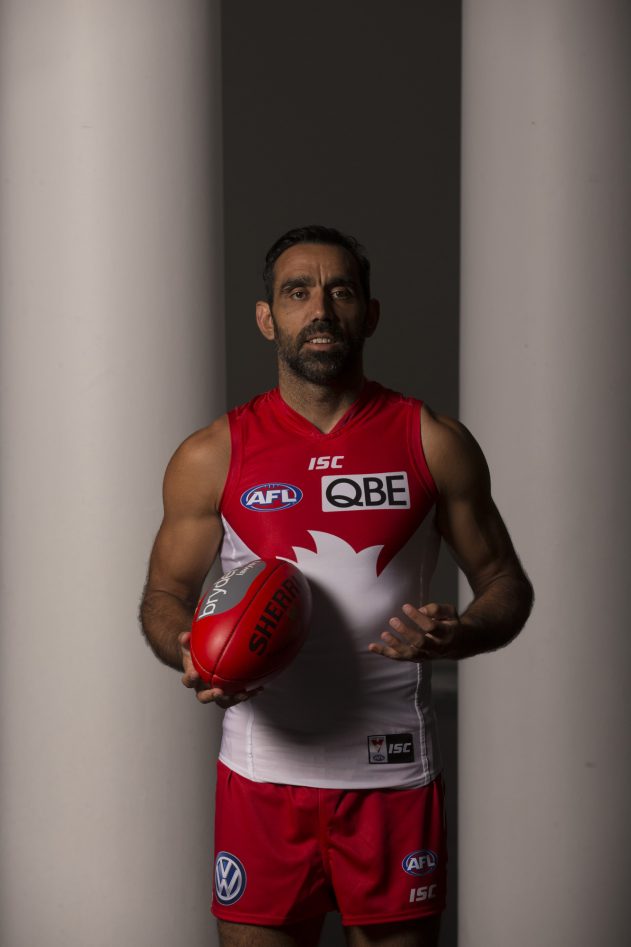 Adam Goodes of the Swans poses for a photo during the 2015 Sydney Swans team photo day at FOX Studios, Sydney on February 13, 2015. (Photo: Sean Garnsworthy/AFL Media)