Ian Purcell was known as ‘the Godfather of the Gay Community’ in South Australia. He was a founding member of the Uranian Society, a cultural forum for gay men, and Lesbian and Gay Community Action (LGCA), which was formed to counter political and social conservatism. LGCA published a report on the experiences of gay men and lesbian women with the South Australian Police to counter discrimination. In 2005 Purcell became a Member of the Order of Australia for his community work. 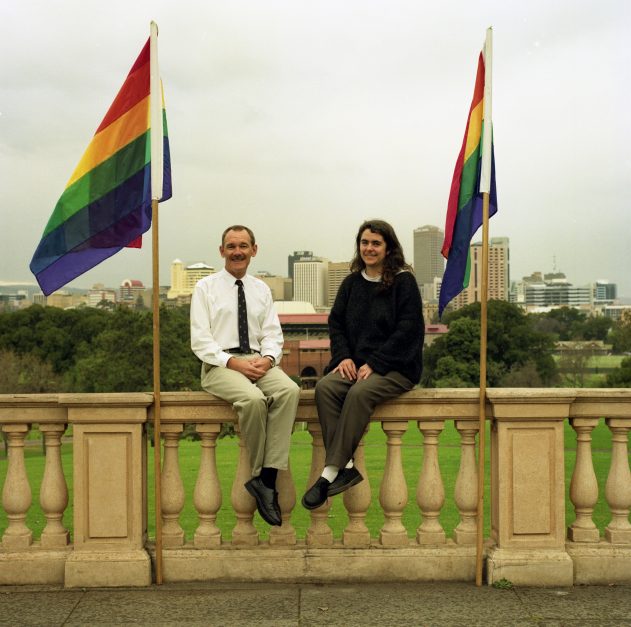