Douglas Nicholls, a Yorta Yorta man, was born at Cummeragunja Aboriginal mission, New South Wales, in 1909. He was a talented sportsman, playing Australian Rules football for Melbourne clubs Northcote and Fitzroy. From the 1930s, Nicholls campaigned for Aboriginal rights, active in organisations including the Australian Aborigines’ League and later the Federal Council for Aboriginal Advancement. He was ordained a Churches of Christ pastor in 1945. Nicholls was appointed governor of South Australia in December 1976, a position he held for only five months due to ill-health. Among his many honours, he was knighted in 1972. 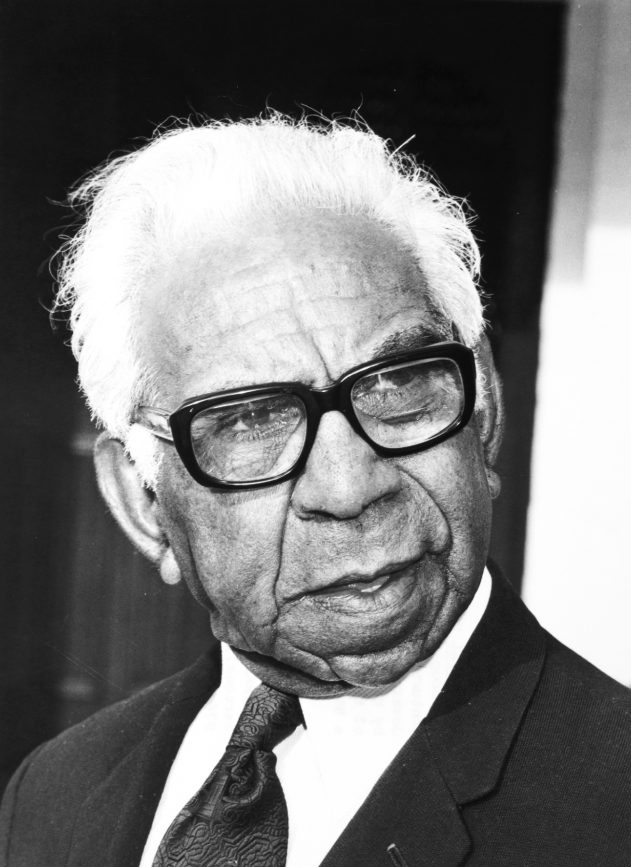