Bob Hawke, born in Bordertown in 1929, was Australia’s longest-serving Labor prime minister (1983-1991). Building on his success as trade union president, Hawke established an agreement between government, unions and business to stabilise wage growth, improve the ability of business to compete in global markets and to deregulate the Australian economy and promote growth. In 1986 the Hawke Government led the Australia Acts. The seven laws, enacted by the States, British government and by the Commonwealth government, severed all constitutional ties to Britain, its parliament and courts.

‘Any boss who sacks a worker for not turning up today is a bum.' 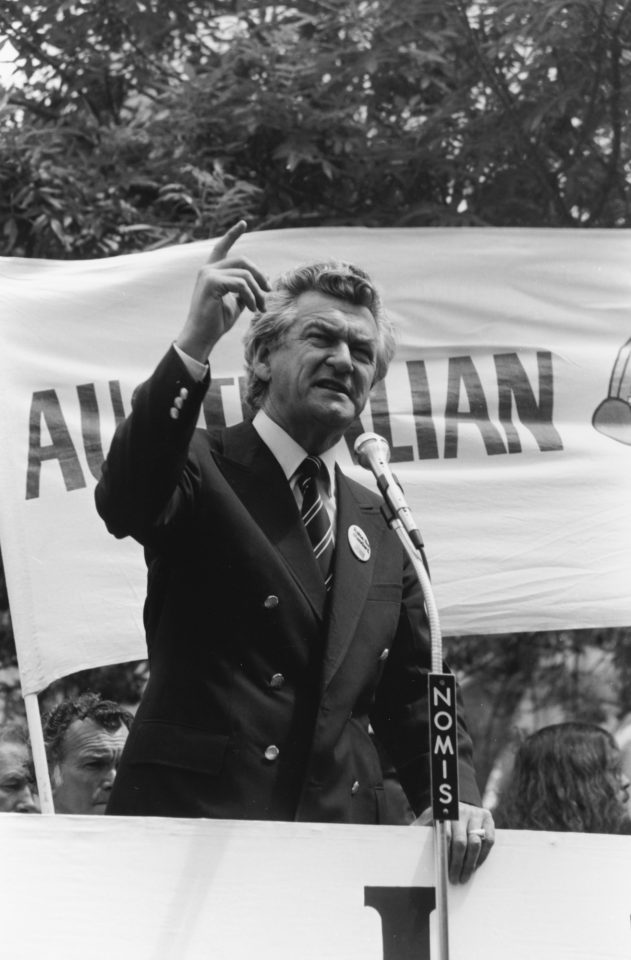