Gough Whitlam served in the Second World War and practiced law before being elected to the House of Representatives in 1952. He became leader of the opposition in 1969. In 1972 Whitlam and Labor campaigned under the slogan ‘It’s Time’, and won government. Reforms included withdrawing troops from Vietnam, re-establishing relations with China, legislating on equal pay, abolishing the death penalty, abolishing university fees and more. The Whitlam Government was forced to a double dissolution election in 1974, Whitlam was eventually dismissed by Governor-General John Kerr in 1975. This Constitutional crisis remains one of the most controversial moments in Australian democracy.

‘Maintain your rage and enthusiasm for the campaign.' 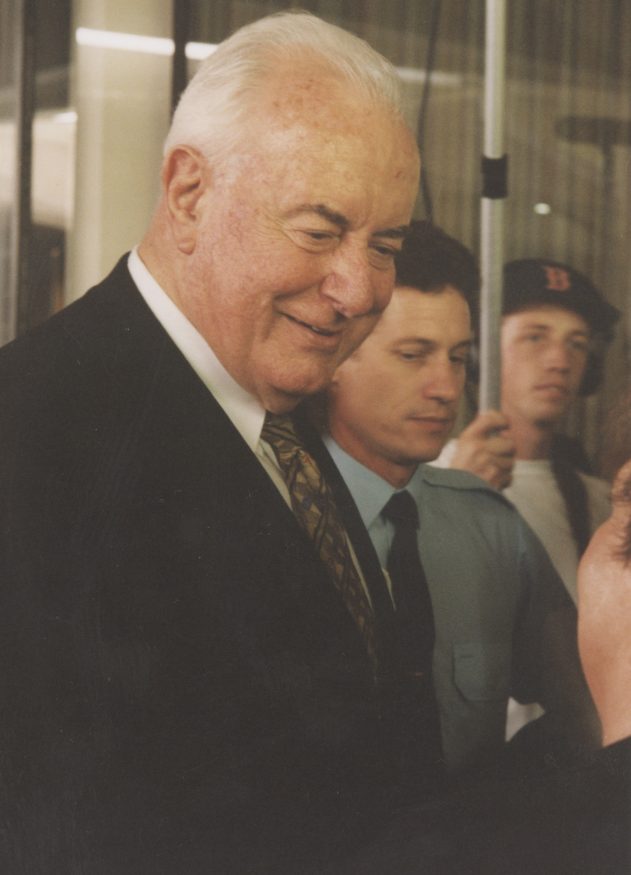