Kadlitpinna was also known by the colonists as Captain Jack, a leader of ‘the Adelaide tribe’. His full name was Minno Gadnaitya Kadlitpinna, meaning wattle tree, third-born male child, father of (child called) dingo. Diarist William Cawthorne noted his intelligence and kind heart. A prominent figure in the early colonial period, Kadlitpinna was appointed an honorary constable in 1838 and attended official meetings in that capacity. Later that year he attended Governor Gawler’s feast, recorded by artist Martha Berkeley. Kadlitpinna was painted ‘full dressed as a warrior’ by George French Angas, sporting a black cockatoo tail feather in his hair. 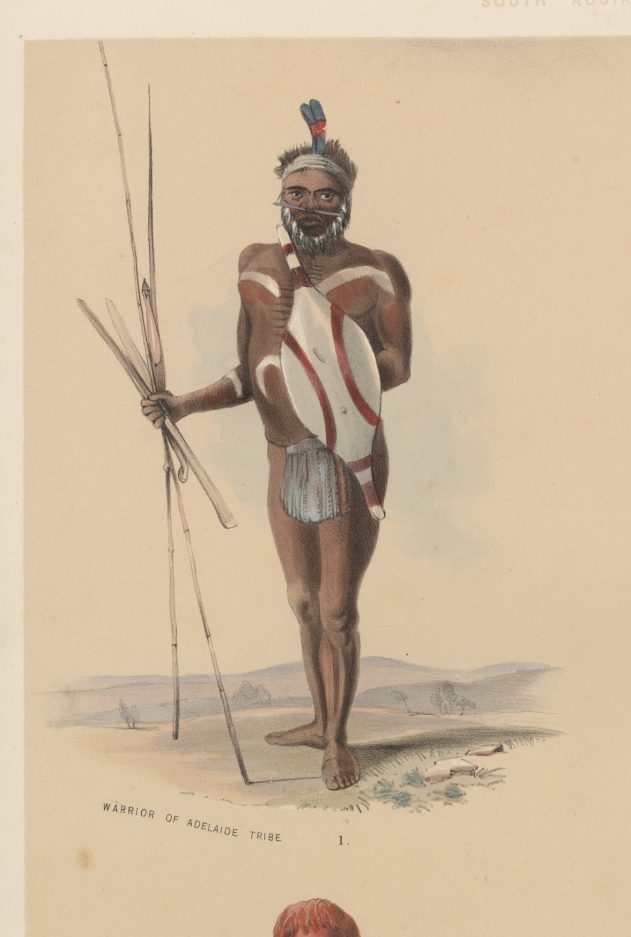